Back to all posts

Claude's Book! ~ "Curiosity Is The Wind In My Sails"

My sailor, adventurer and artist husband, Claude Graf, is now also a writer. For years we've been begging him to chronicle the stories of his amazing life. Finally in the spring of 2010 he began and a full blown autobiography has resulted, currently with the title, "Curiosity Is The Wind In My Sails." Here's one of the beloved stories he's included. 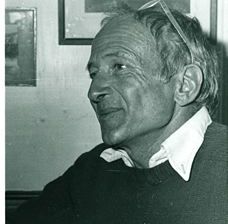 STORY OF A RAT

A short story; three days without sleep that were to be remembered: it was the end of the season and we accompanied some Italian friends to a cave and tied up to a pier while the girls had gone shopping. We didn’t realize at the time, but a rat jumped onboard and a few days later, while at anchorage, we realized that the fruit that was left in the galley was chewed up and left for payment were some little black turds. No doubt we had a clandestine passenger onboard.

I took the dinghy and went to the village and bought two mousse traps, a piece of Gruyere cheese and some bacon. They were very nicely arranged with little drops of this and that leading to the counter. We set the traps and went to sleep. The lights were off, and in the calm of the night – CLAP – CLAP – both traps went off and the cheese was gone. We repeated this twice and twice we failed. We almost bashed each other trying to club him, but he disappeared and we never understood where he went. We then decided to lead the monster out of the boat, and with the dinghy oars made a bridge allowing the rodent to get out on deck through the forward hatch. This hatch was kept open a few centimeters by a stick of wood with a string attached to it that lead all the way to me in my bunk in the back cabin. The entire path was marked like the Champs Elysees, with very small pieces of cheese instead of bright lights.

The crew went to sleep, except me in bed with my ears tuned to the slightest noise. I heard no noise but I saw on the other side of the glass porthole of the cabin trunk the animal that looked at me, sitting on the deck with his two little front paws resting on the glass. I pulled the string, the front hatch banged down, and the monster was out of the boat, but was now on deck. With what we could find as armaments, the crew went on deck, closed all the openings, dropped the dinghy way back so he couldn’t jump on it, started the outboard and got away.

He ran from the bow to the stern many times, passing between our legs, Bouboule, Belinda and myself—three hunters for one rat. We almost bashed ourselves, and all of a sudden Houdini had played the trick again. It disappeared once, twice, and a third time. This time it only semi-disappeared. He had gone down the ventilation cowl in the anchor well on the bow, so we closed the ventilation cowl and opened the hatch. We could not see him. We opened the hatch a few degrees with the fear he would jump out again. He couldn’t hide under the chain or under the second anchor. I opened the hatch some more and saw the tail, a naked dark brown piece of string, that stuck out behind a wooden shield that protected the porthole, letting air in the forepeak. I took the hammer used to block the capstan gypsy and with a powerful blow I flattened the rat between the board and the glass. The tail jiggled and stopped moving. I pulled him out by the tail and, still full of life, he tried to snap my hand. I gave him one, two more hammer blows and threw him in the sea. From having been flattened out, it seemed that in the water he regained his animal shape and started to swim around the boat. He tried to climb the anchor chain—he couldn’t—then in the stern he grabbed the dinghy towline, but we junked it free. Along the dinghy sides—it was too concave. He turned around himself twice, and, as though directed by a precise radar, he started to swim towards the shore. He took the absolute shortest course to the land. We followed him with a flashlight. He had gone away. Later, I found that he had eaten a lot of the electrical plastic wire behind the control panels and made some very comfortable little beds for himself next to the water tanks. End of the rat story.